Landscape Photography with a Drone - Part 2: Advantages (a) 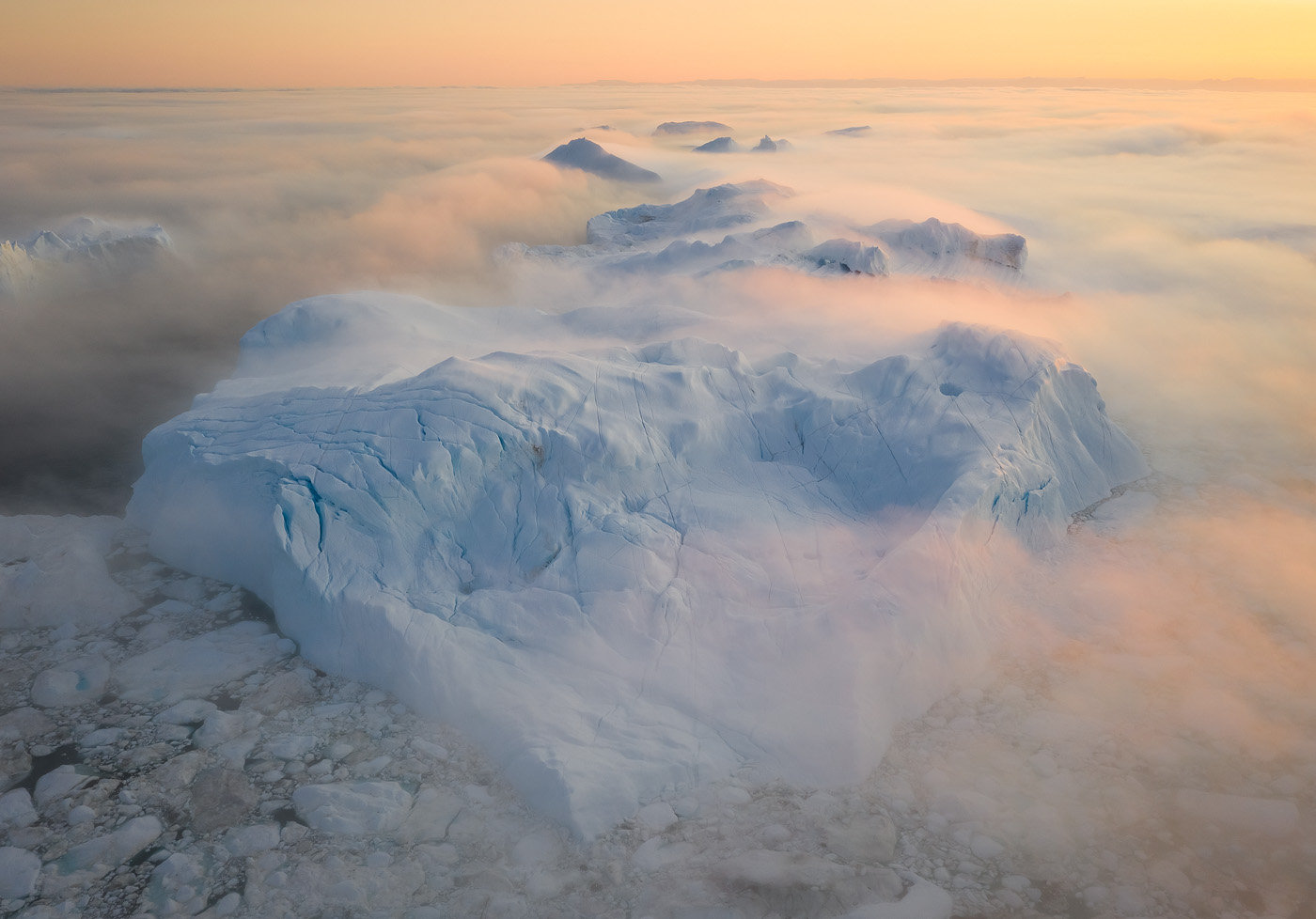 In the first article of this series I explained what drones are, how they are built and controlled by the user. The next question to naturally arise is "why does one need a drone?". What is a drone good for, and why should you get one?

The answer to this question is long and complicated, but could be summed up by saying that a drone gives the photographer opportunities for shots not achievable in any other way. That's quite the statement, but I stand behind it strongly, and I intend to explain this position in depth is this article and in the ones to follow. 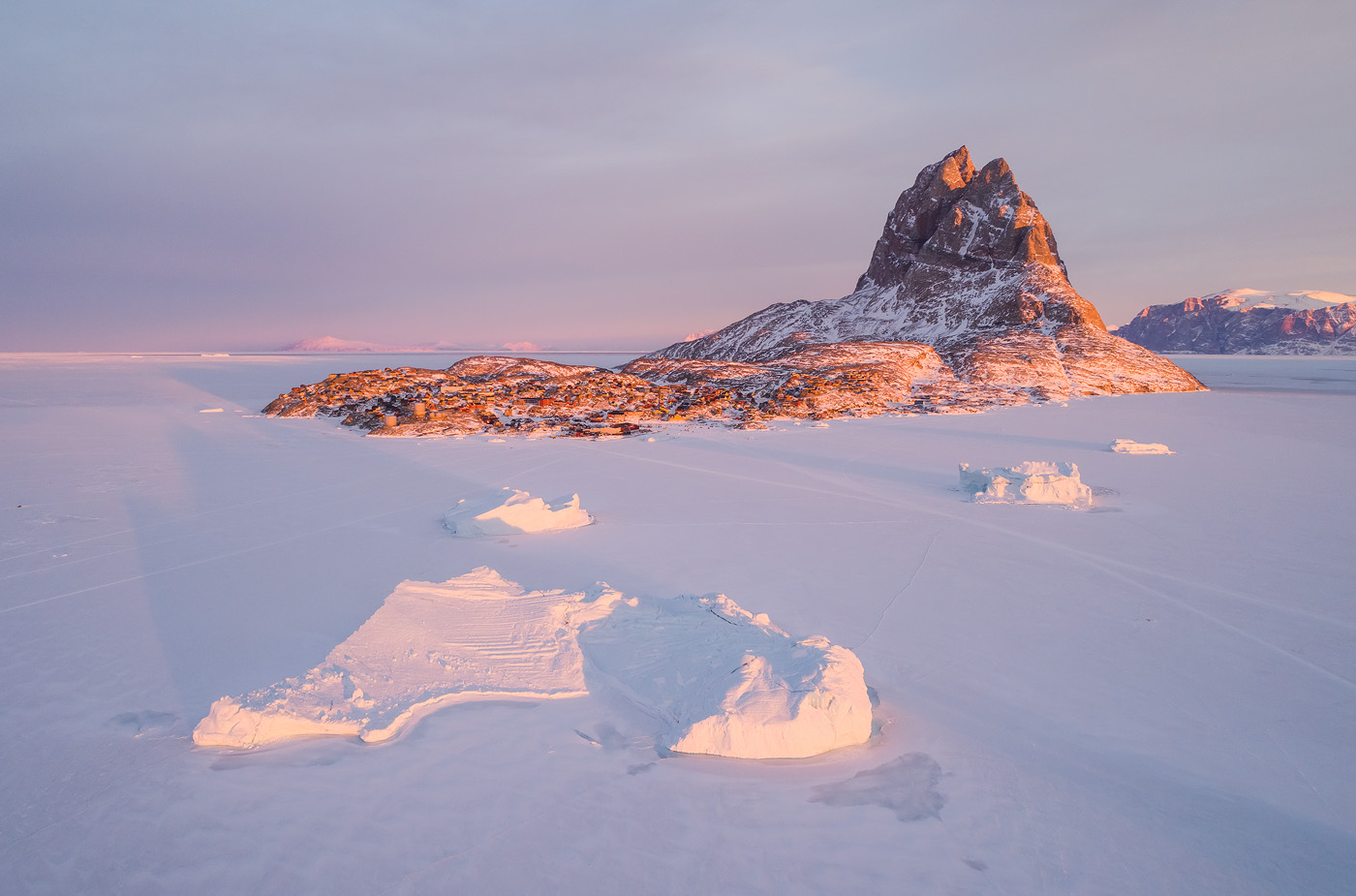 First order of business would be to compare the drone to the ubiquitous tool of the photographer: the DSLR, or any hand-held camera for that matter. Indeed, I have written extensively about the advantages of aerial photography in a previous series, but that was in the context of hand-held shooting from an aircraft, and in any case, these advantages need to be presented here if this series is to be self-contained. I'll rephrase them shortly in a way that better relates to droning.

What the drone offers compared to ground-based shooting is as follows: you have a miniature friggin' helicopter in your hands, and it allows you to shoot aerials, get the shots from any angle, get there quickly and safely, all without any real danger to your body (caveats to that coming in the future). Need to separate compositional elements that overlap from the ground? No problemo - take the drone higher and viola - objects are separated. Want to shoot flowing lava without burning your ears off? The drone feels no pain. Can't walk on water? Can't breathe toxic fumes? Can't fly? Too lazy to hike? Send the drone. You get the idea, let's explore some examples.

Landscape photography is all about composition - the base layer to any image. Good light and colors are nice, but without an underlying arrangement of objects that's appealing to the eye, you have nothing. An aerial perspective and the choice over the height, angle and distance from which an image is taken allow for an unprecedented degree of control over composition. 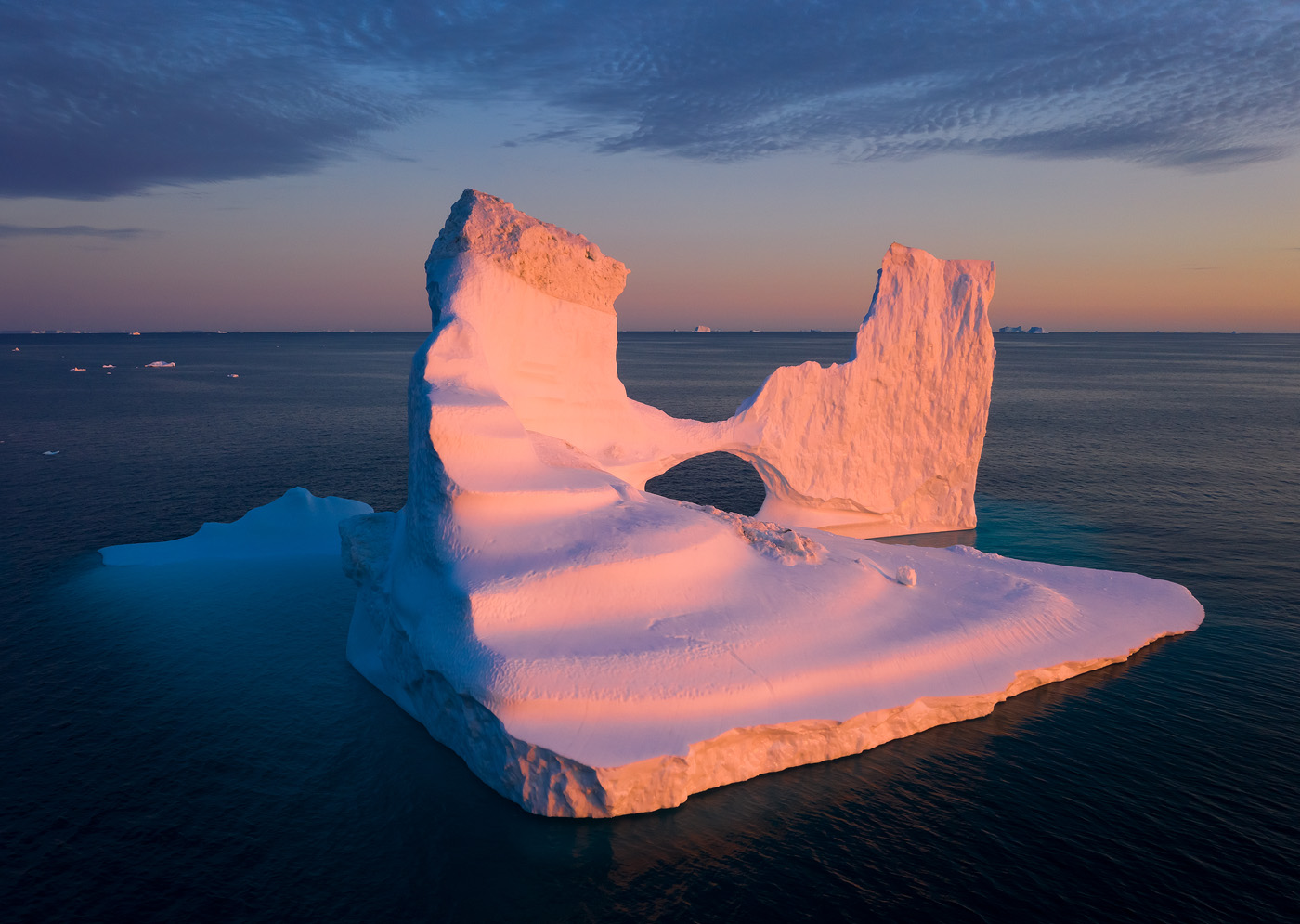 Natural elements often look totally different from the ground level and from the air, but it's also true that different aerial angles also result in completely distinct compositions. The two images below are the same exact iceberg. Both were taken from the air during one shoot. Would you have guessed? This comes to show the extent of diversity offered by shooting from the air. 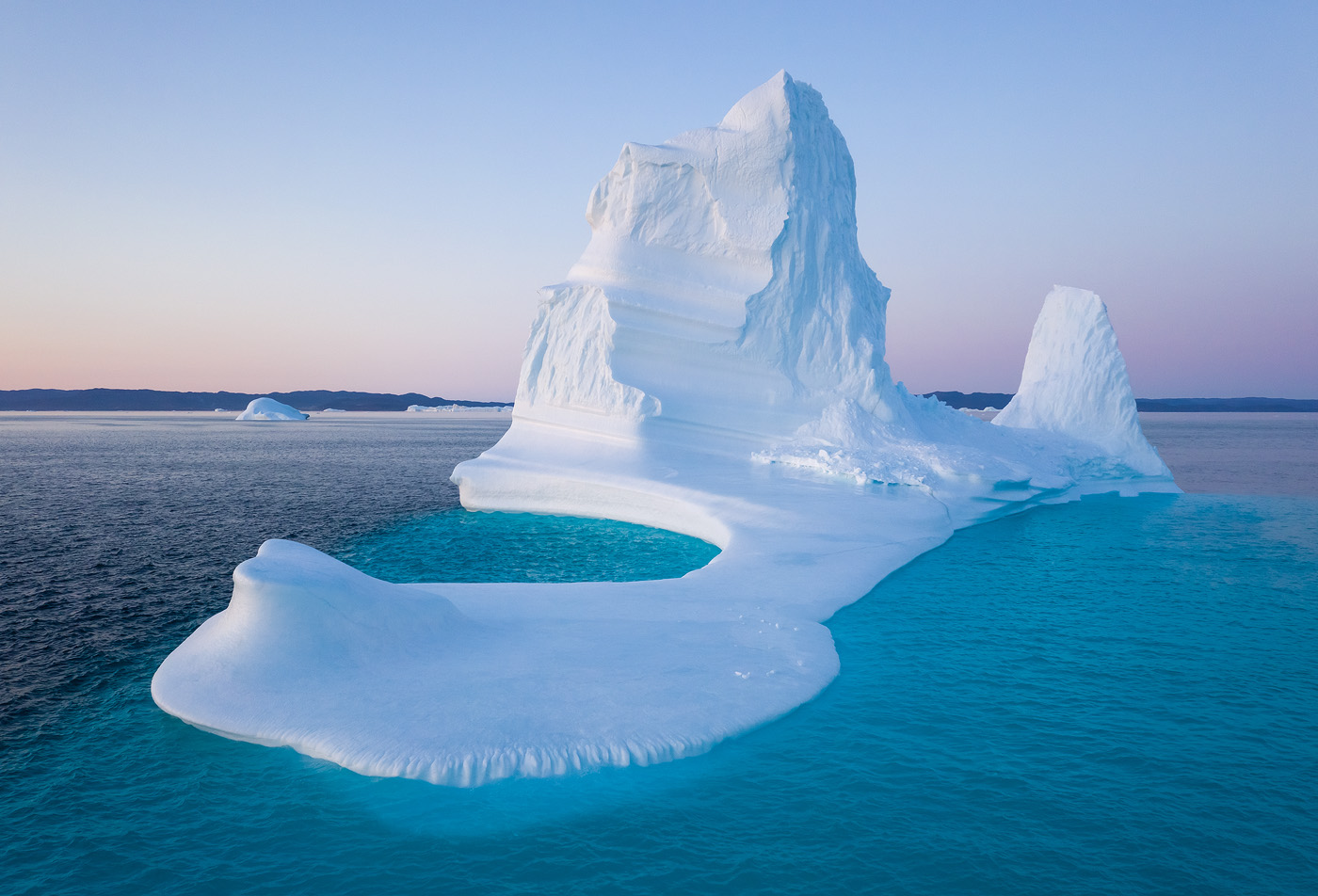 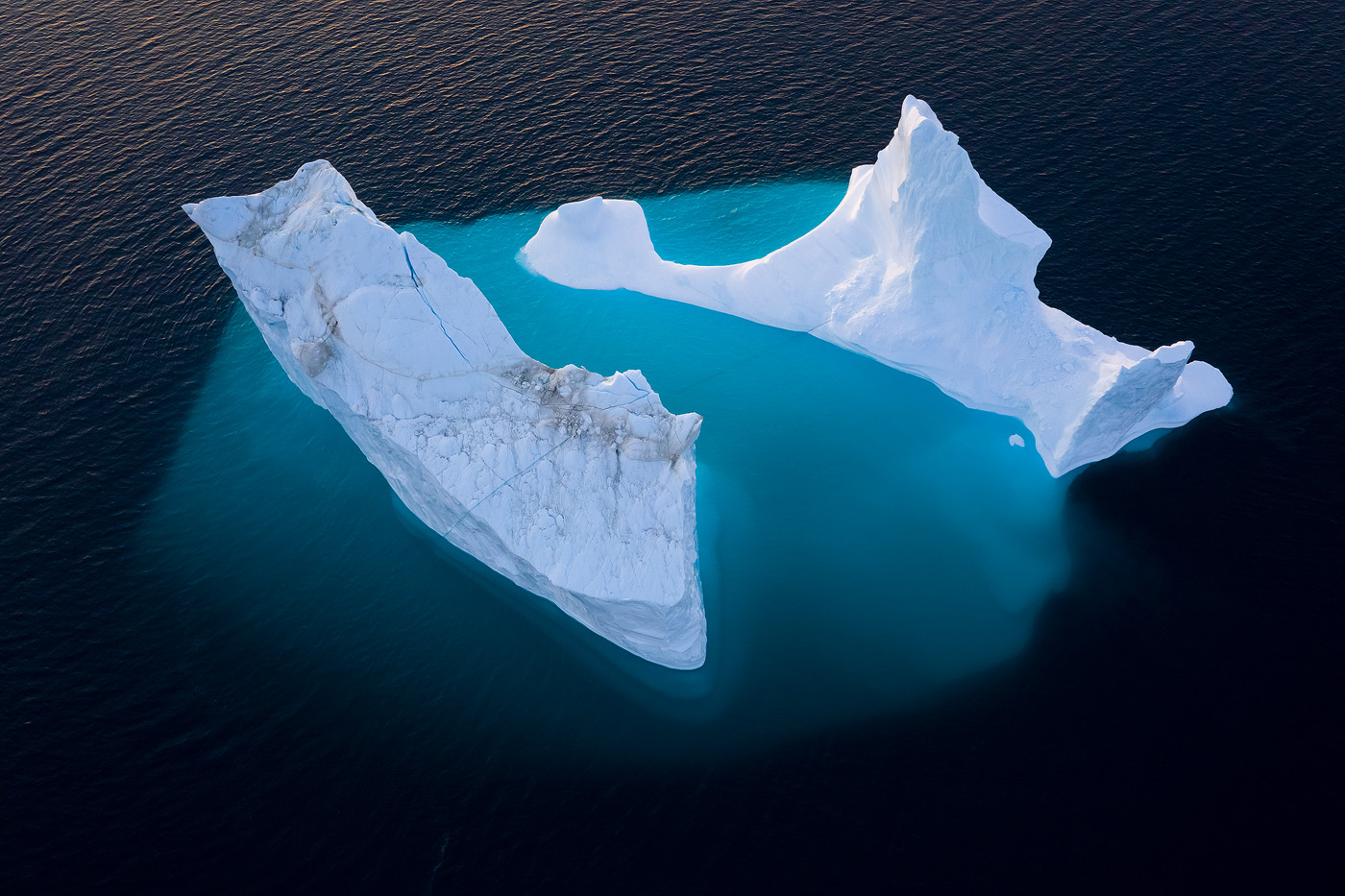 More examples: Mount Zinn is a beautiful mesa erosion-mountain in Israel. Taking the drone around it during morning twilight and sunrise resulted in several distinct compositions. 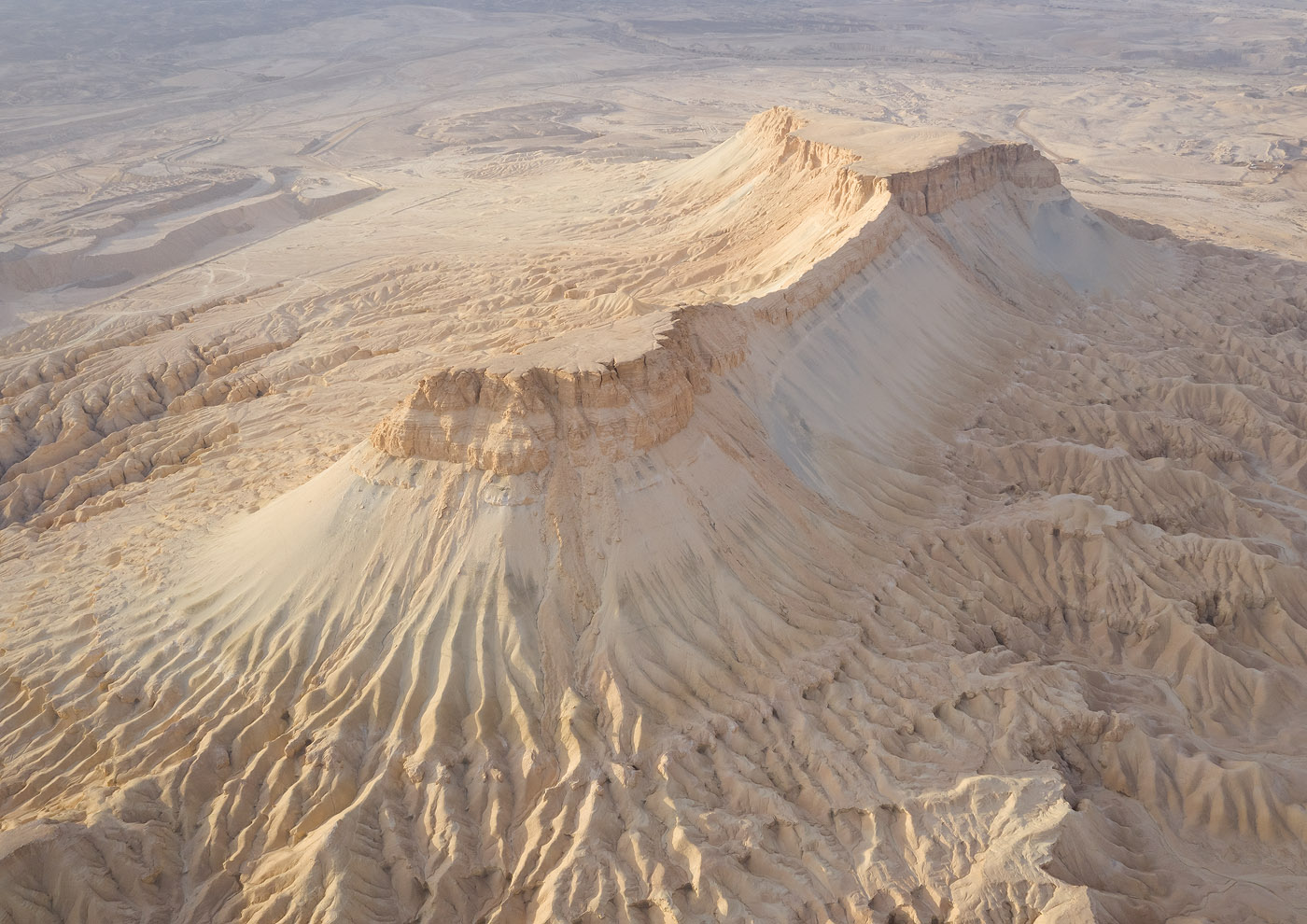 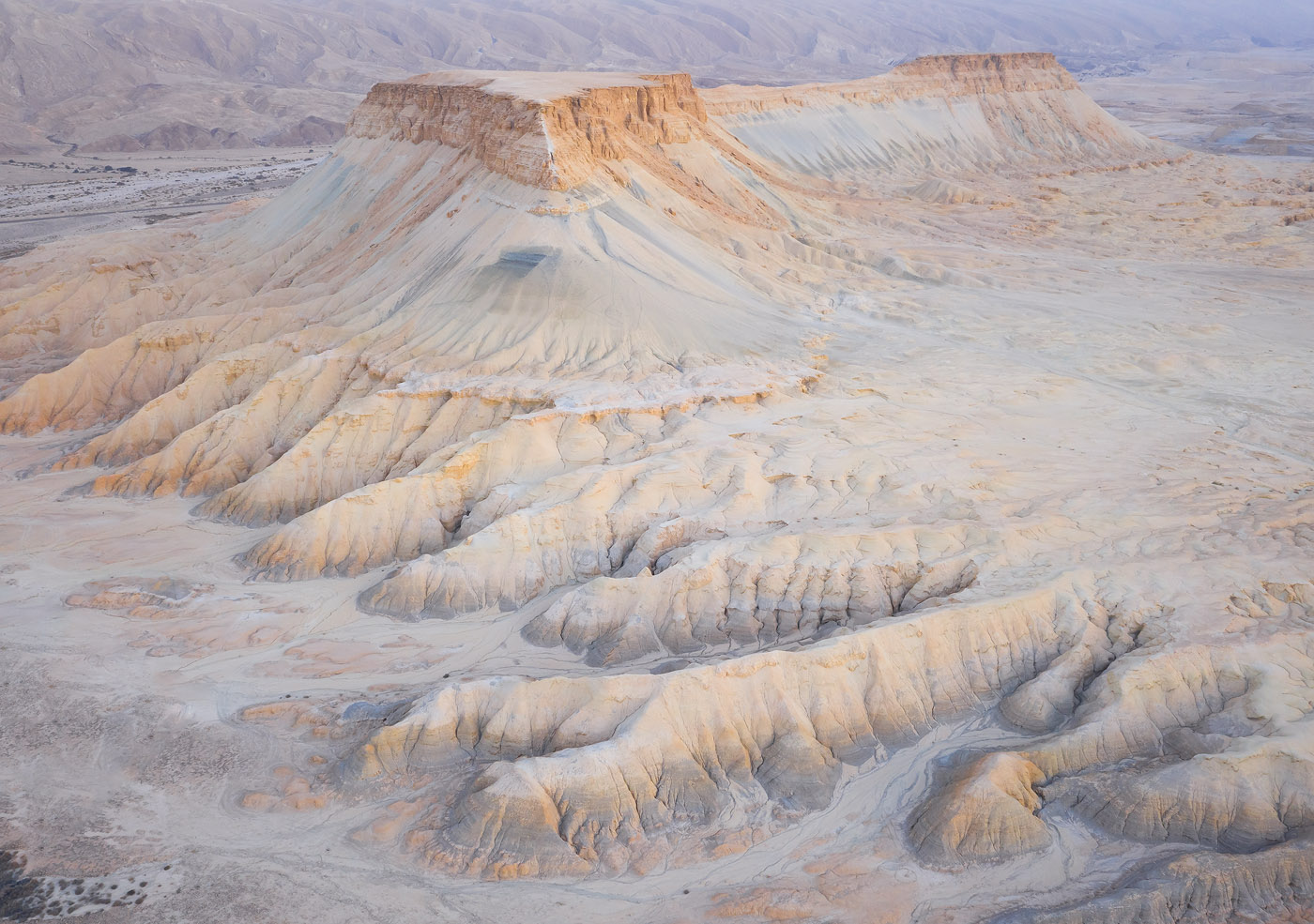 Hidden parts of the photographed natural elements can be discovered and conveyed to the viewer in a visually pleasing way when shooting them from the air. It's sometimes unbelievable how many phenomenal features are hidden in plain sight, simply because we lack the aerial perspective. 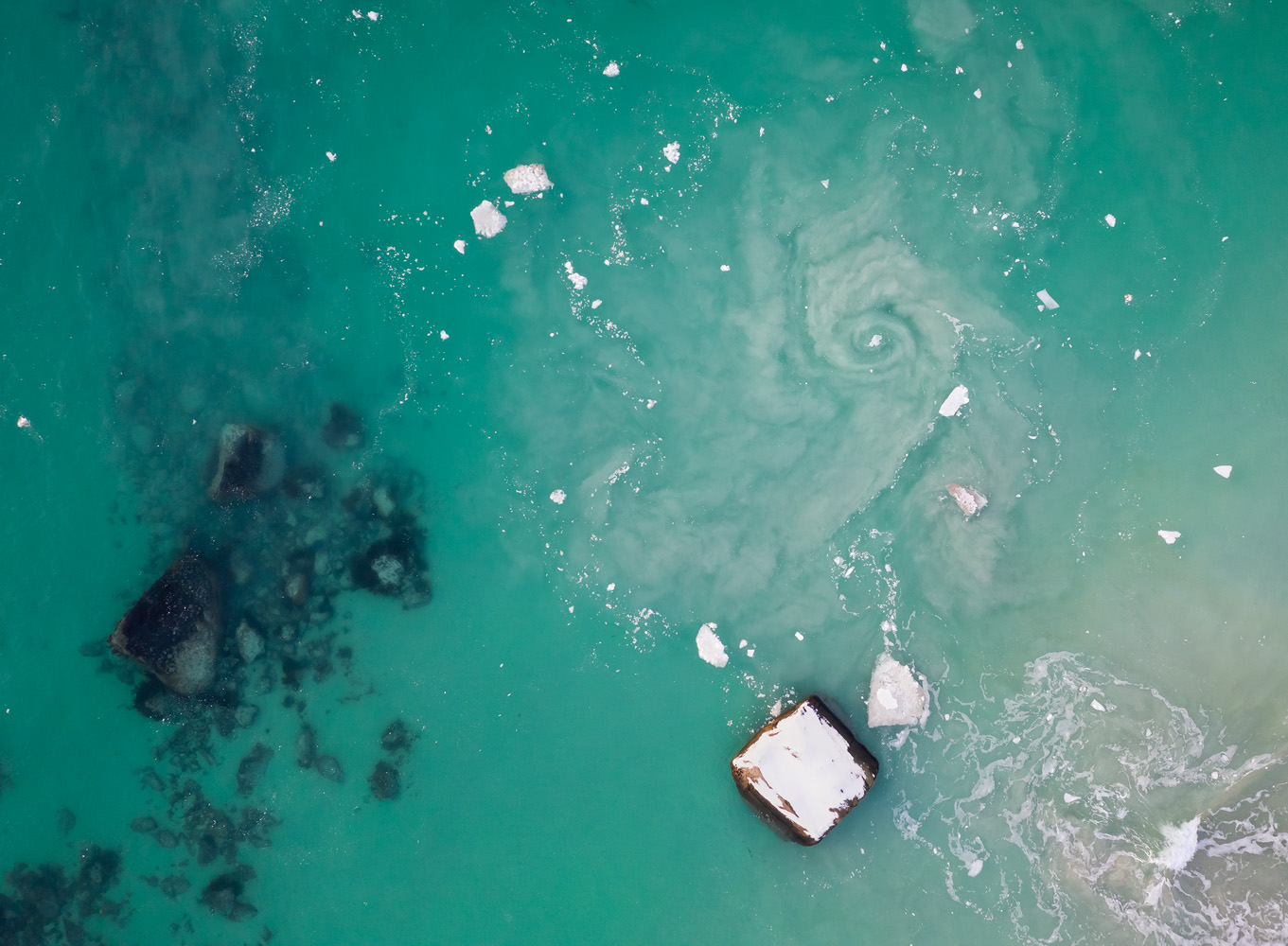 Top-down shooting, albeit sometimes over-done, can also be a good creative tool for imagery. It doesn't always work, though - bear that in mind when trying it. 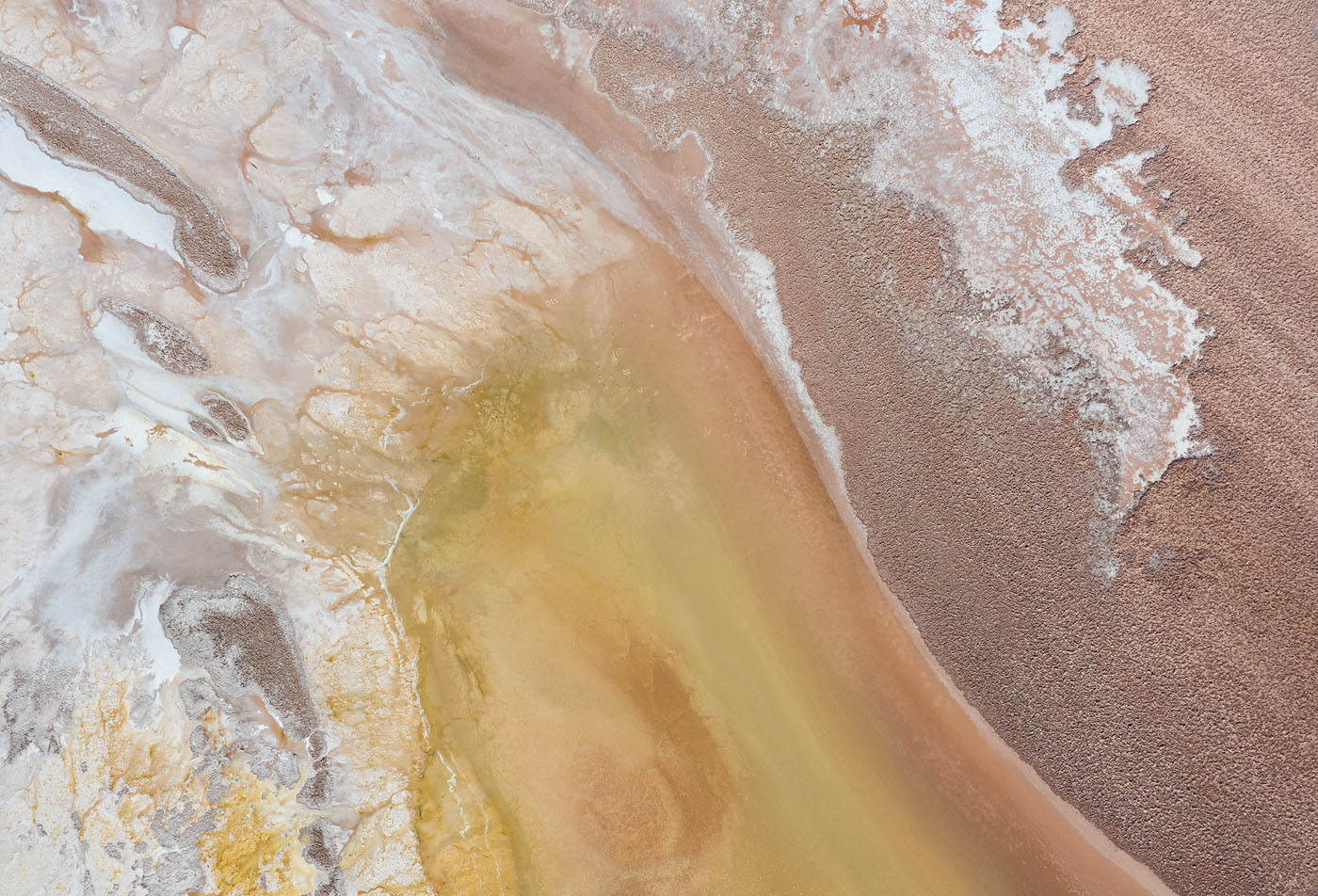 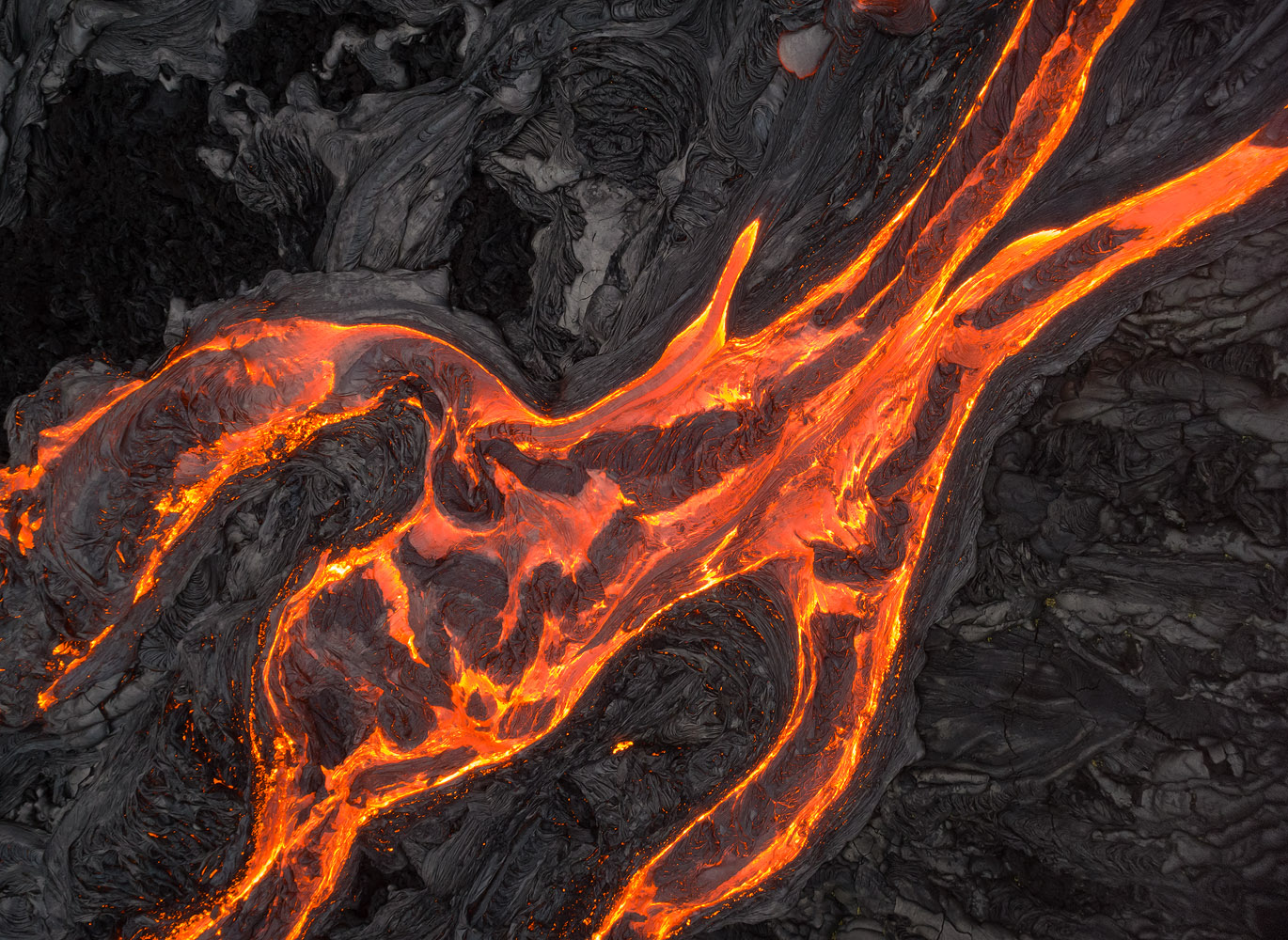 A specific aspect of composition is the separation between the different compositional elements. Separation serves to make the composition more appealing. Not having subjects obscured by others is satisfying for the eye, and helps the image have a cleaner, more ordered feel. 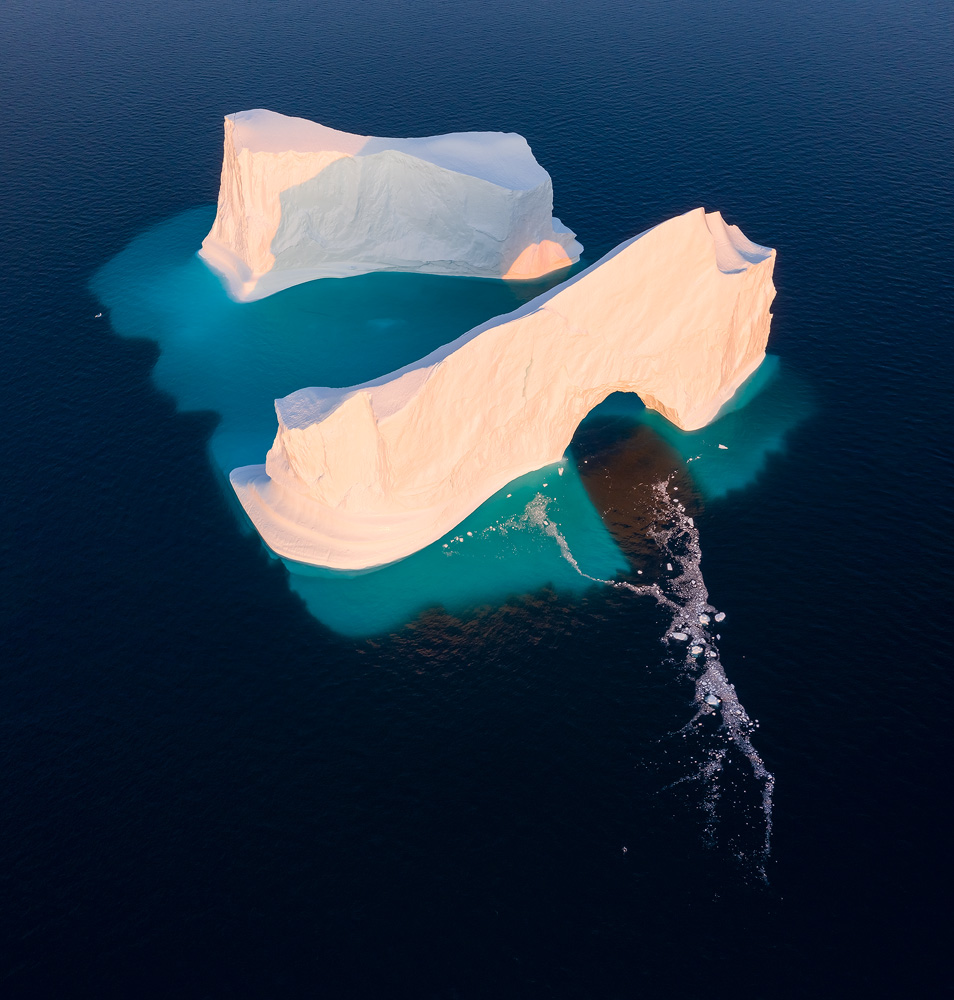 Separation is especially important where the photographer struggles to convey the grandeur of a location. When shooting Cono Arita (see below) from the ground, it's impossible to convey the cone's true shape or its place in the salt flat, not to mention separate it from other elements. 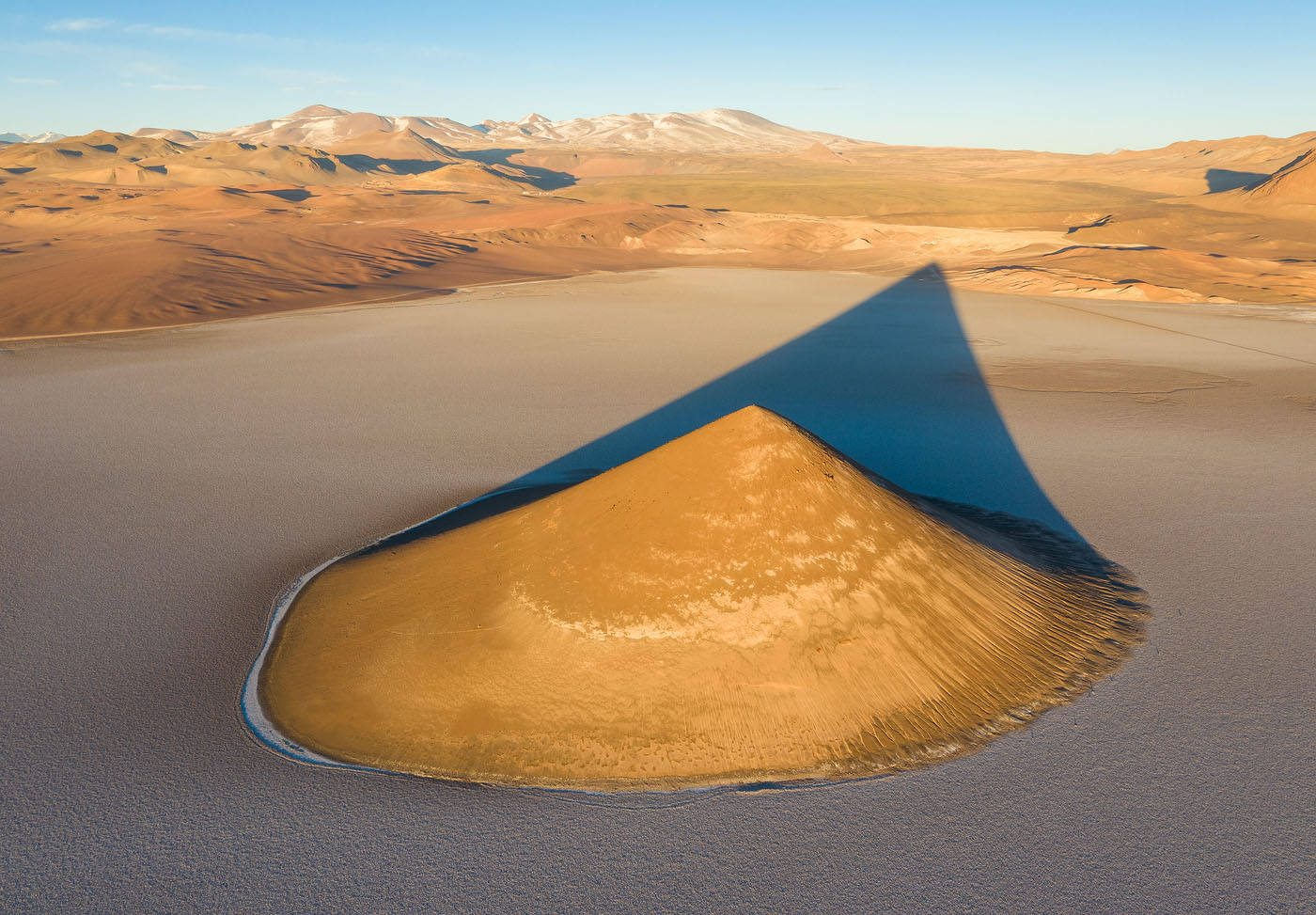 Just as a ground-based photographer tries to separate his foreground and background, the aerial photographer has the same exact considerations - only many more options, as the height constraint is relaxed. See, for example, the near-far composition below. 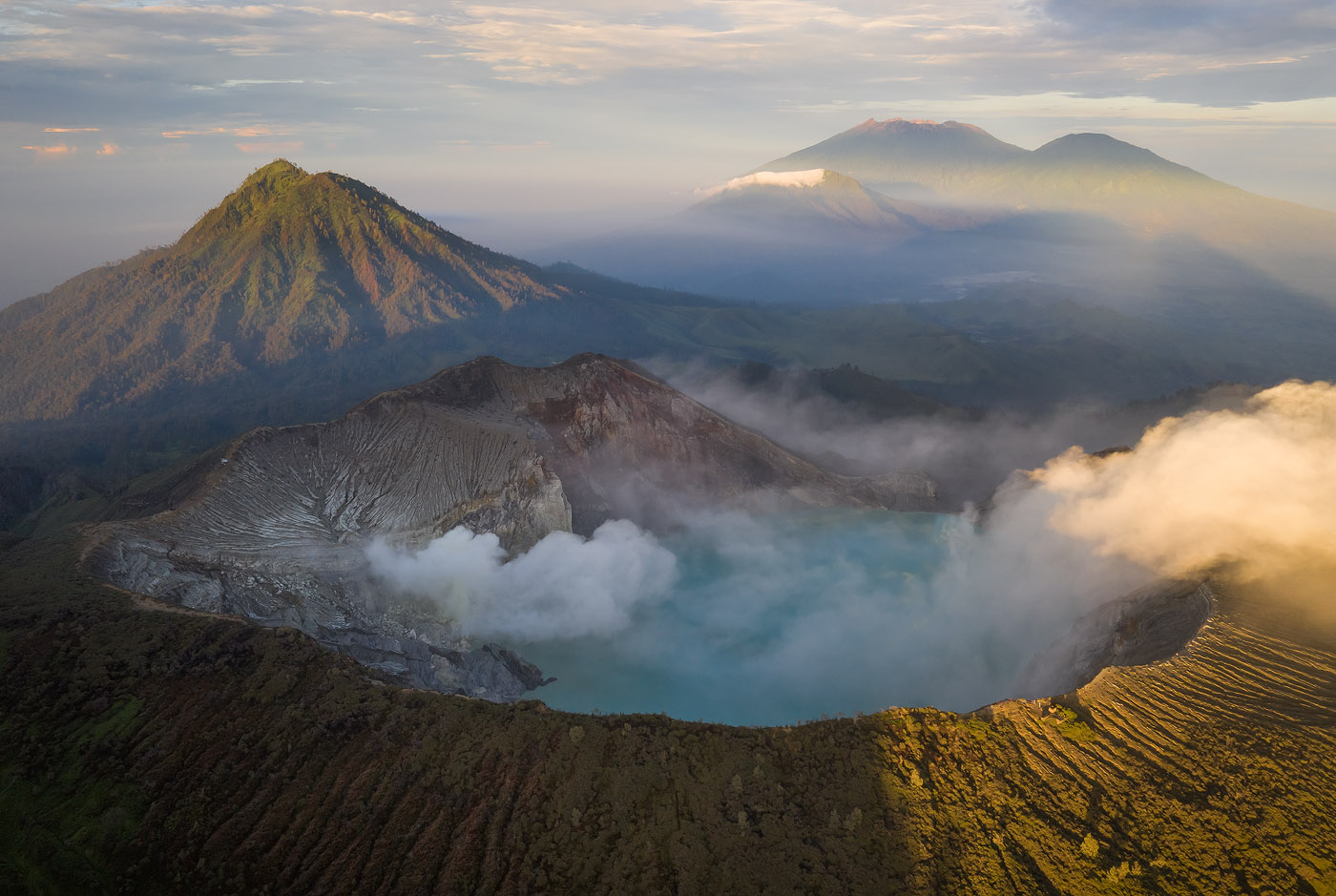 Separation doesn't always mean the subjects aren't touching - it can mean a subtler expansion of the distances between the subjects, to create a more pleasant arrangement. 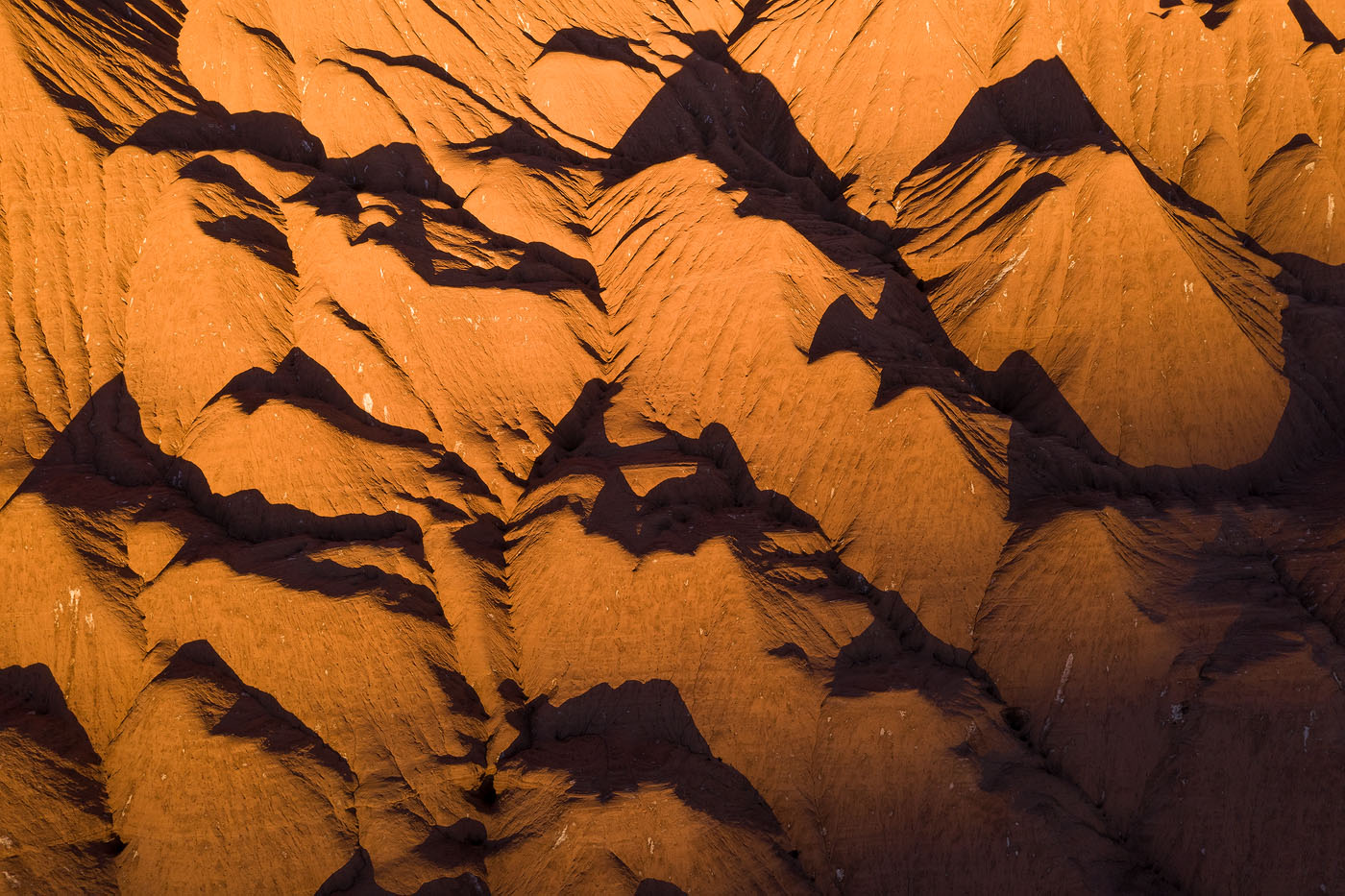 On the next article, I will continue discussing the advantages of the drone, specifically it's availability.