How many times should one take a shot of a place or a landmark until it’s too much? When do you think one should just let go? After Ten shots? A hundred? Never? I think a good approach to this might be to shoot it until you’ve got something that stands out from your own images of the place. If you keep getting the same standard of shots from somewhere, you’re not quite there yet and you need to keep shooting it. Once you get something that’s truly special and very difficult to replicate, you gain a sudden inner peace about your photographic achievements from a specific subject, place or theme. When you feel like you’ve gotten something different – spectacular weather conditions, an interesting occurrence, epic light - only then should you consider letting the place go and stop shooting there (at least for a while) and this is a very special feeling.

Letting go is very different to giving up, which I’m very much against. I think you should revisit spots, try again and again and perfect your results, even if it means spending months trying to get the shot. If you’ve gotten good results and you’re fairly happy with them, that’s great – but it’s not what should or will cause you to let go. Nor will creative block, despair, frustration or any other kind of negative emotion. Instead of letting go, you’ll develop resentment. Instead of peace, you’ll be in turmoil. Instead of pride, you’ll be ashamed, even if you don’t show it or can’t point your finger at it.

In addition, getting a special shot of a place and letting go of it doesn’t mean it has to be the best shot of it ever taken. It only need be special for you, unique within the set reflecting your personal take on something. The best example for me might be this shot of Skógafoss, one of the most photographed waterfalls in Iceland, perhaps in the world. There’s almost no option to produce a unique shot of this waterfall, and I’d be a bit silly to claim that. Yet capturing the waterfall covered in snow together with very little spray-causing wind and a beautiful rainbow is pretty rare, and it’s certainly something I had never come close to. The shot stood out from what I had and from what I’d seen, and since I wasn’t feeling like I was going to produce anything better from there anyway, I felt at peace letting it go. I think the only way I’ll stop there again soon (apart from when guiding there) will be for shooting it under Aurora Borealis or perhaps with a moonbow, never during the day. I’m not sick of it, in not frustrated with it, I simply let it go.

Letting go is a personal thing, and many might not agree with me on this. You should always do what’s good for you, as long as you listen to your inner voice, telling you when enough is enough. Trust yourself, you will be surprised how much you can learn. 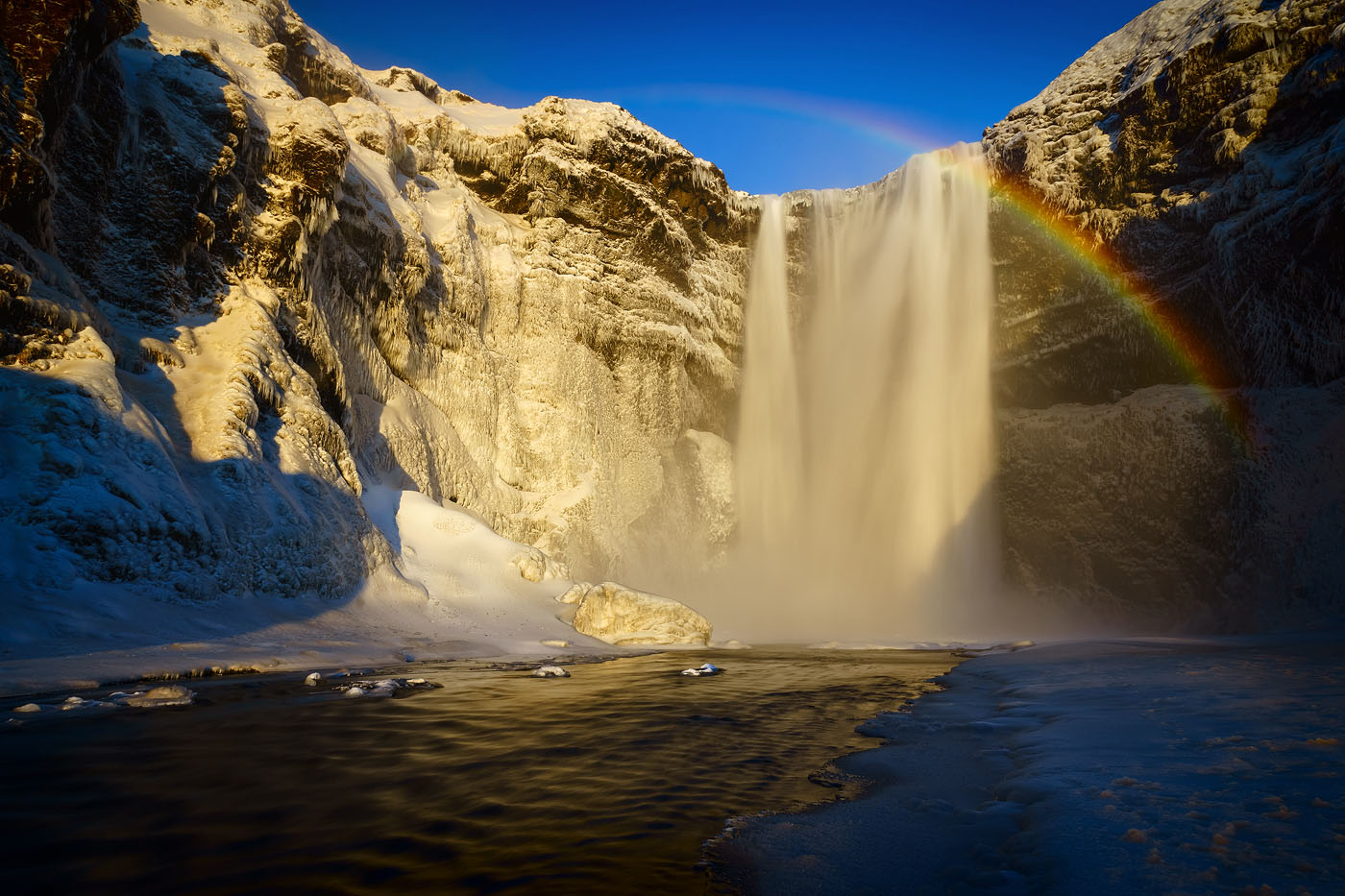