Article: What We Want in a Macro Shot - Detail

In the previous article, 'The What and Why of Macro', I talked about what macro is and explained why I shoot macro in the wild. My next goal is trying to introduce you to the elements I consider paramount in a macro shot. I do not necessarily refer to the criteria upon which I judge an image, but rather to the fundamental aspects a macro photographer should try to bear in mind when producing it.

So what's the number one, most important element in a macro shot? The easy answer is that isn't any. There are several qualities a macro shot should have, all of which are important, and to make things more complicated, individual photographers or watchers sometimes disagree about which aspects are more significant than the others. However, when I consider macro photography, the first aspect that comes to my mind is that of detail. Detail is almost what makes macro what it is, in the sense that shooting up close is the very means to obtain what the macro photographer wants to show the viewer: the unseen-yet-everywhere-present elements of the miniature world. What made me interested in macro to begin with was my fascination with insects and my desire to unravel their mysteries and see them like they truly are. 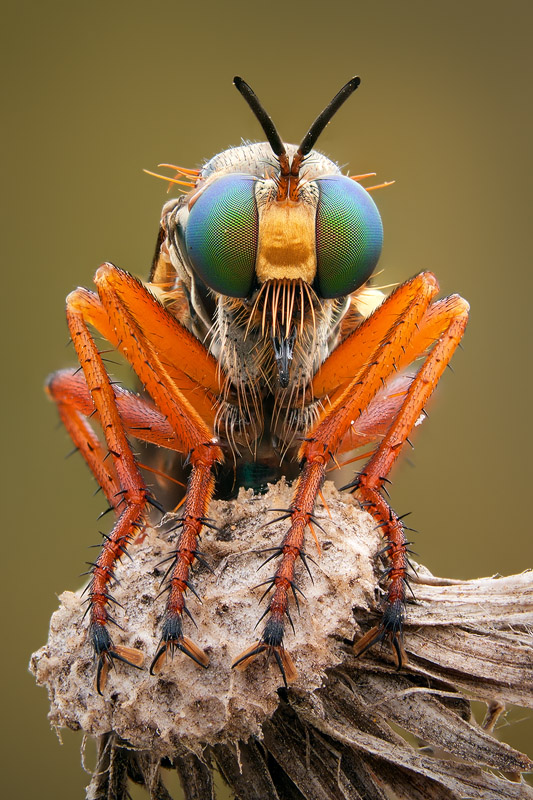 But one might rightfully claim that I haven't done much by simply asking for details. The meaning of the word is quite clear, yet how do we obtain the details? More precisely, what determines the level of detail in a macro shot? In this article I will list the top factors.

First and foremost, focus is paramount in a macro shot. When shooting an insect with vegetation behind it, focusing on the vegetation rather than the insect simply wouldn't result in the shot we wanted…  This may seem obvious, but focusing is more problematic in macro than it is in any other field. The reason is that one of the consequences of shooting at a close distance is shallow depth of field (DOF), so shallow that it's often quite hard to get accurate focus. 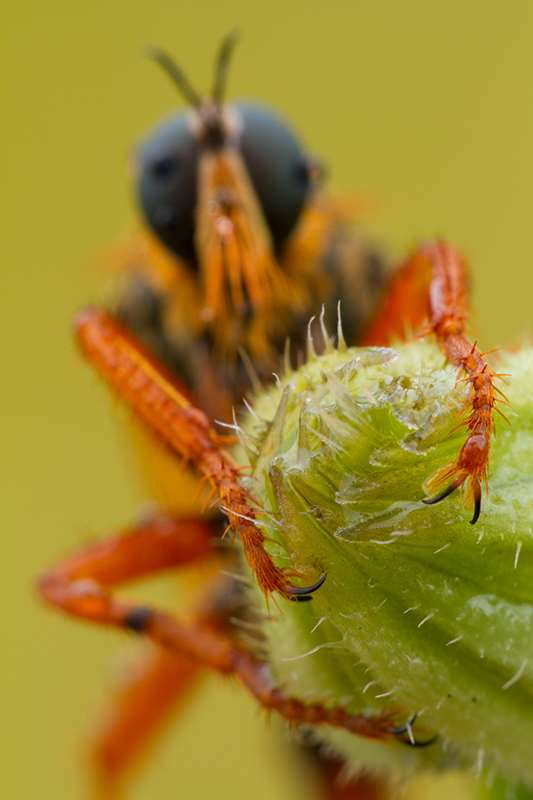 In most cases, as with all other kinds of animal photography, we want good focus and sharpness in the eye area of the invertebrate or amphibian we're shooting. Yet if the DOF is less than a millimeter, so much as having the entire eye of a subject in focus can cause a serious problem! 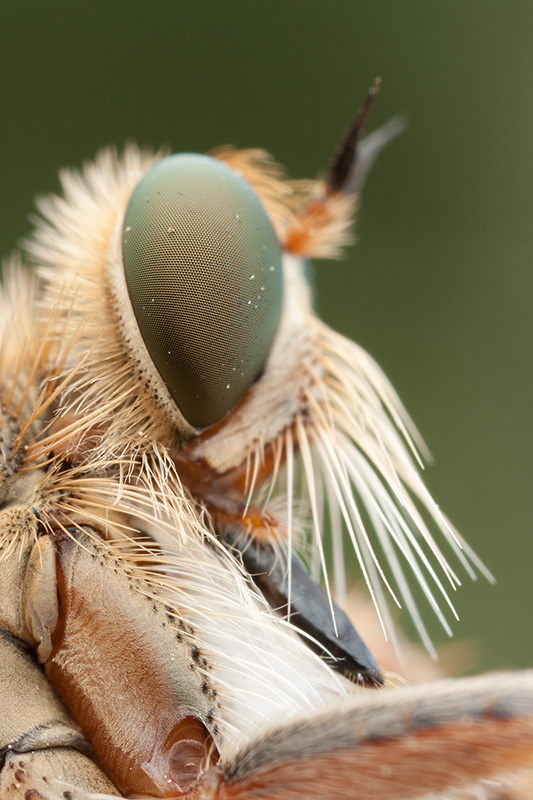 Accurate focusing and sufficient DOF are thus especially significant in macro. The DOF issue is so fundamental that I'll dedicate an entire section to it in a later article. As for focus, for now I'll say that when shooting macro, we have to focus very carefully and accurately, as even the slightest movement, either that of the camera or that of the subject, can throw the image out of focus. I use manual focus exclusively, since AF simply isn't reliable or accurate enough for my needs (or simply doesn't exist), at least with my most utilized lenses. When focusing is technically difficult, trusting your eyes is always better than trusting the AF sensor, especially when one can use magnified live-view to focus perfectly. 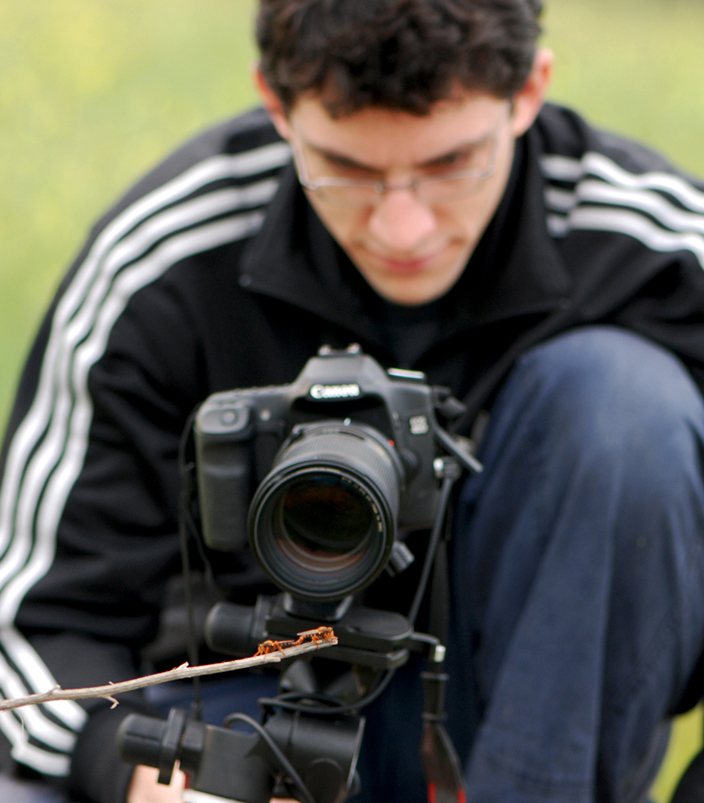 In addition to focus and DOF, light is key in a macro image. Naturally, overexposing an image or underexposing it completely will result in blown-out highlights or blocked-up shadows, both of which harm detail, but there's more than that. Having directional light (hard light) can produce excessive contrast, or cause a part of the object to cast a shadow on other parts of it and harm detail, even if the average exposure is "right". This is especially noticeable when the subject is very hairy, has protruding body parts or both (which is very common when your subjects are invertebrates!). Thus one must also consider the quality and direction of light in order to ensure sufficient detail. 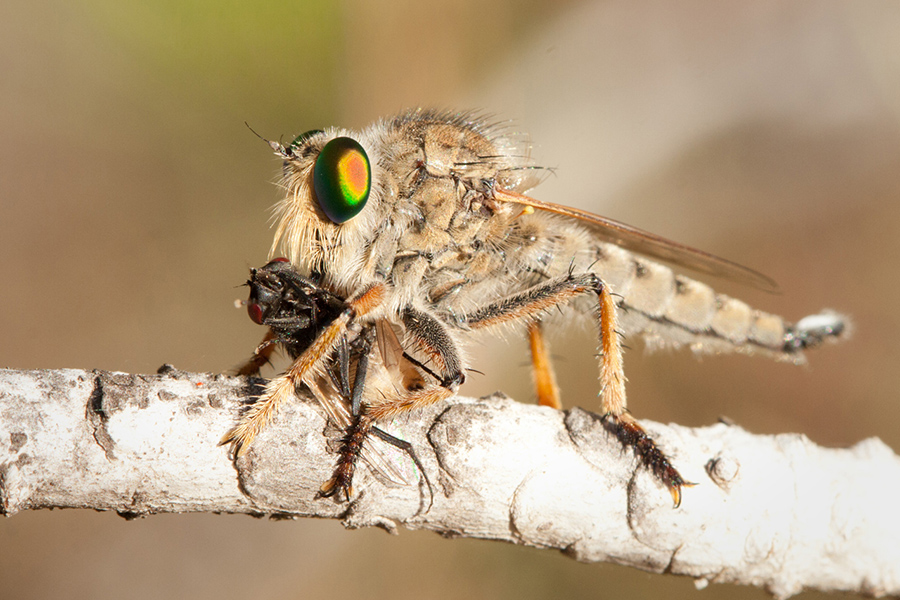 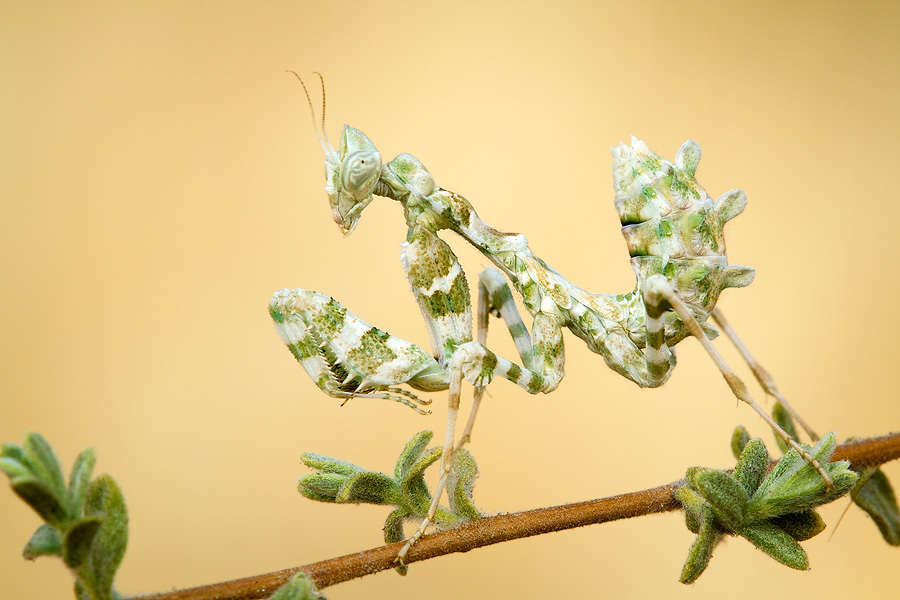 While the aspects of correct focus and quality of light play a similar role in macro as they do in most other kinds of photography, the next two aspects are quite different in that sense. As I've mentioned before, in order to achieve a good level of detail when shooting a tiny subject (in other words- if we want the subject to be big enough in the frame), one must shoot from a very close distance. Thus proximity is another important aspect: since the subject is so small, shooting from too far away would result in the subject filling a very small portion of the image, and lacking detail. 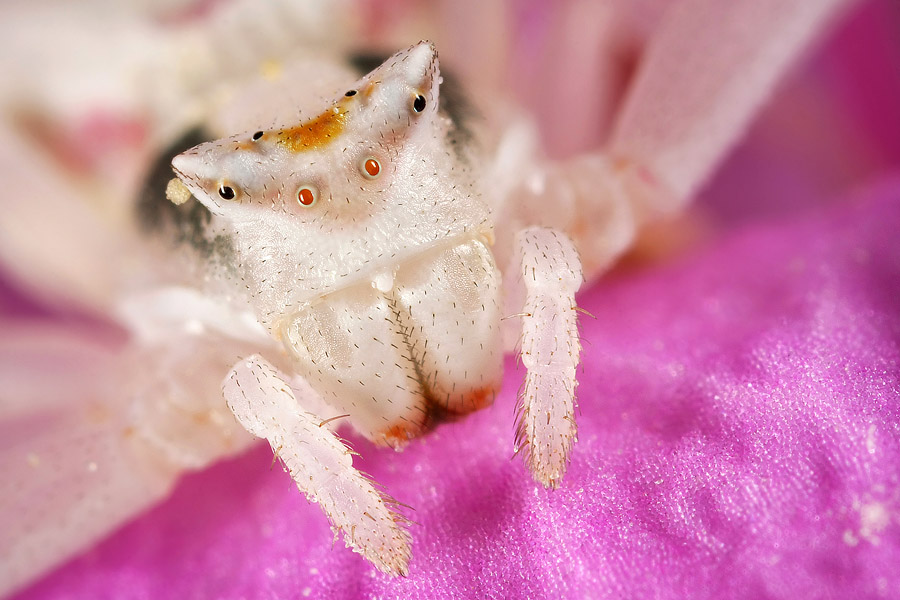 Getting close to an invertebrate can often pose a challenge. We're all quite familiar with the image of the skittish, nervous insect that flies the second it detects us. Yet we must get close enough to shoot it with the desired level of detail! This alleged paradox needs to be solved in order to shoot macro, and it's indeed solved using our knowledge of animal habits, behaviors and activity levels during different times of the day, together with a level of care and delicacy when approaching them. I'll talk thoroughly about this later on, but a quick hint is that when it's cold, invertebrates are much less likely to fly away.

The final important condition is that of stability. In other fields of photography, let's say landscape, if part of the scene moves 1 millimeter - the sharpness or level of detail isn't compromised. This is due to the fact that 1mm, compared to a huge subject such as a lake or a mountain, is absolutely negligible. But what happens when the entire width of the subject is 5mm? A 1mm movement during exposure would result in severe motion blur, destroying the image altogether. 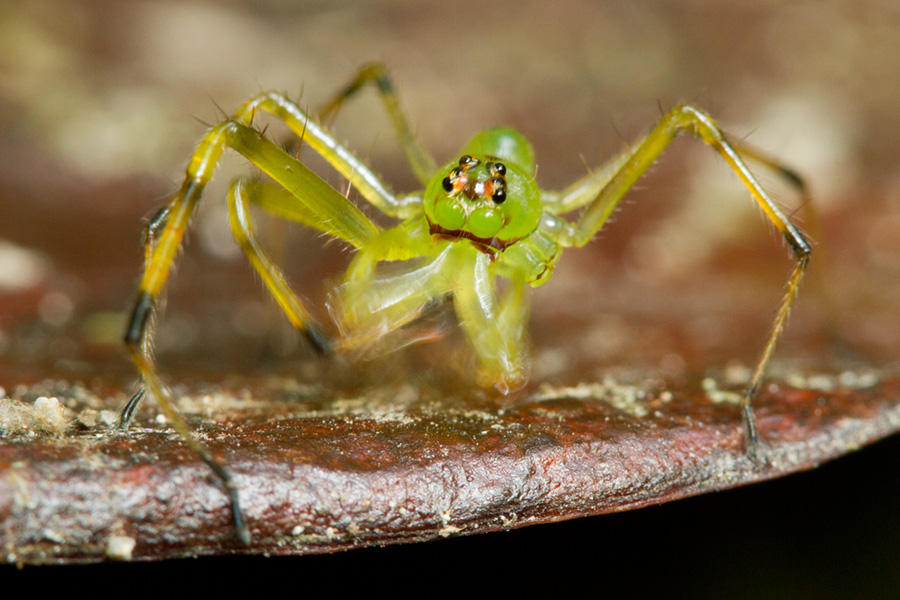 Note that stability is only required in relation to other image parameters. By this I mean that if one shoots a relatively long exposure (1/20 sec is also considered long, and even less than that in some cases), one needs to use a tripod. But if one shoots with flash, the very short duration of the actual light burst makes even a trembling hand stable. That is, stable in relation to the image parameters.

One last yet important point about stability. One must keep in mind that in macro, both the camera and the subject must be stable in order to get a shot without motion blur. Thus in many cases, the subject itself must be stabilized! This may be a bit counter intuitive, but as I'll show later on, it gives us an ability to achieve images with spectacular detail.